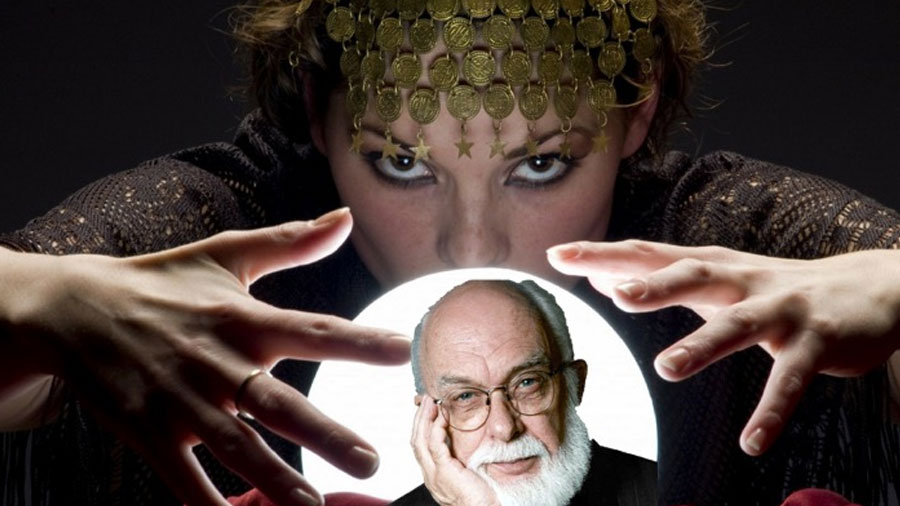 December 20th is the birth date of Uri Geller, noted telekinetic & psychic. Geller appeared on The Tonight Show in 1973. Unbeknownst to him, the segment was conducted under conditions stipulated by The Amazing Randi to test Geller’s paranormal abilities. The resulting disaster is a caution story for dissertation students everywhere…

Spoiler alert: Psychic abilities aren’t real. No controlled scientific test of such abilities has ever resulted in a statistically significant advantage of the purported psychic over random chance.

However, Uri Geller claimed that he could read people’s minds, bend spoons with his own mind, and locate various underground treasures using a simple stick. Stage magicians and illusionists were able to consistently reproduce Geller’s demonstrations using techniques that they claimed were simple tricks rather than psychic powers.

But, duplicating a result by another means was not sufficient evidence to discredit Geller’s own explanations. That evidence was ultimately revealed in the most dramatic way possible on The Tonight Show, then hosted by Johnny Carson. Carson had been a magician in his earlier career and felt that Gellar’s claims that his demonstrations were the result of supernatural gifts crossed a line from entertainment into con artistry.

Carson consulted James Randi, aka The Amazing Randi, to devise a controlled test of Geller’s abilities. When Geller arrived onstage, he was surprised to find that, instead of the interview he expected, Carson goaded him into an impromptu demonstration. Without his props, assistants, and preparation, Geller failed every test. For an excruciating 22 minutes Geller faced request after request, question after question, and in attempt after attempt he struggled, he flailed, and he sweated. But, no amount of stress could conjure his purported paranormal abilities.

Geller’s experience on The Tonight Show is the nightmare so many doctoral students worry will come to pass in their dissertation defense. But, you needn’t worry. Geller was a trickster who was suddenly denied his tricks. You have invested weeks, months, maybe years in becoming an expert on your dissertation. Your defense will be more ordination than ordeal, more coronation than conflict, more confirmation than confrontation.

Your dissertation defense poses no real hurdle. Getting to the defense is the problem. Developing the mastery required to earn an invitation to defend your dissertation is a long and difficult transformative process.

If you’re having trouble dealing with this transformation, click here to schedule a quick, 15-minute chat with me to see if you’re a good fit for our Fast Track Your Dissertation Coaching Program. If you are, then I’ll invite you to join the fastest group of dissertation students out there and help you to reach graduation a good year or two faster than you would on your own.