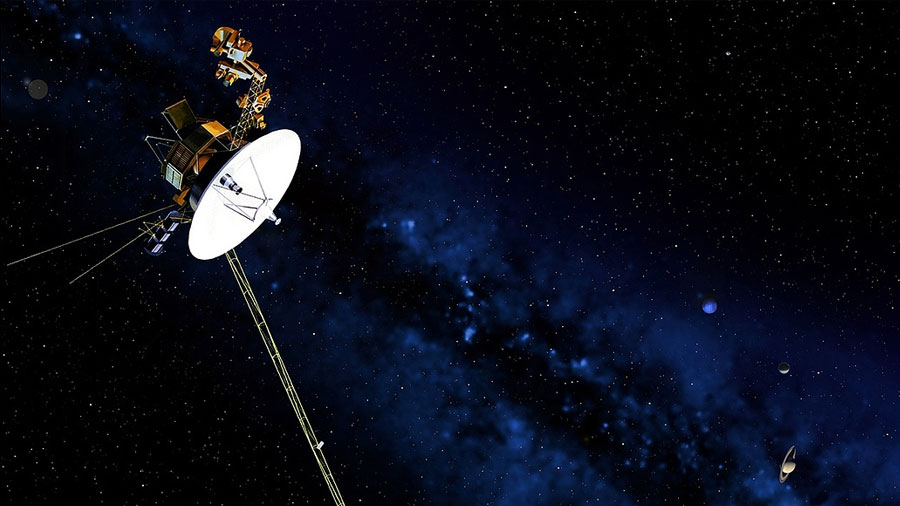 On August 25, 2012, Voyager I entered interstellar space, becoming the first man-made object to not only leave the Earth, but the sun and other planets, too. President Jimmy Carter’s Voyager I message could have easily been offered to dissertation students…

On September 5, 1977, NASA launched the Voyager I space probe. Voyager I’s primary mission included fly-bys of Jupiter, Saturn, and Saturn’s moon, Titan. After sending an amazing collection of images and data back to Earth, Voyager I executed a slingshot around Titan and headed off for the vastness of space. Nearly 35 years after being launched from our planet, Voyager I left the last gentle breezes from the solar wind behind and entered the interstellar medium, the space between the stars in our galaxy.

Since Voyager I’s extended mission was to send it away from our little star and deep into the galaxy, President Jimmy Carter recorded a message for any space-faring race that might encounter Voyager I in the distant reaches of the Milky Way:

We are attempting to survive our time so we may live into yours. We hope someday, having solved the problems we face, to join a community of galactic civilizations. This record represents our hope and our determination, and our good will in a vast and awesome universe.

When you read that message about Voyager I’s journey, consider your own dissertation journey.

Are you not trying to survive your time in school so that you may live and work as a doctor?

Are you not hoping (and, if you’ve paid any attention to me, planning) to solve the problems you face in the dissertation process to join a community of D-o-c’s?

Does your dissertation not represent your hope and determination, your good will to make an impact on the vast and awesome world in which you live?

Voyager I’s final destination was not part of its mission. In the final analysis, Voyager I’s journey is its ultimate mission.

However, you should be focused on the destination, not the journey.

Your voyage has a specific goal.

You’re not hoping to someday join a hypothetical galactic community. You’re planning to graduate and join the doctoral community!